This is the first published version of what was to become The Three Little PiGs.

THE FOX AND THE PIXIES Dartmoor, England.

There was once a fox, who, prowling by night in search of prey, came unexpectedly on a colony of pixies. Each pixy had a separate house. The first he came to was a wooden house.

Upon this the fox climbed to the top of the house; and having pawed it down, made a meal of the unfortunate pixy.

The next was a “stonen” house.

“The door is fastened,” answered the pixy.

Again was the house pulled down, and its inmate eaten.

The third was an iron house. The fox again craved admittance, and was again refused.

“But I bring you good news,” said the fox.

“No, no,” replied the pixy; “I know what you want; you shall not come in here tonight.”

That house the fox in vain attempted to destroy. It was too strong for him, and he went away in despair. But he returned the next night, and exerted all his fox-like qualities in the hope of deceiving the pixy. For some time he tried in vain ; until at last he mentioned a tempting field of turnips in the neighborhood, to which he offered to conduct his intended victim. They agreed to meet the next morning at four o’clock.

But the pixy outwitted the fox; for he found his way to the field, and returned laden with his turnips long before the fox was astir. The fox was greatly vexed, and was long unable to devise another scheme, until he bethought himself of a great fair about to be held a short way off, and proposed to the pixy that they should set off for it at three in the morning.

The pixy agreed. But the fox was again outwitted; for he was only up in time to meet the pixy returning home with his fairings: a clock, a crock, and a frying pan. The pixy, who saw the fox coming, got into the crock and rolled himself down the hill ; and the fox, unable to find him, abandoned the scent and went his way. The fox returned the next morning; and finding the door open went in, when he caught the pixy in bed, put him into a box, and locked him in.

“Let me out,” said the pixy, ” and I will tell you a wonderful secret.”

The fox was after a time persuaded to lift the cover; and the pixy, coming out, threw such a charm upon him that he was compelled to enter the box in his turn; and there at last he died. 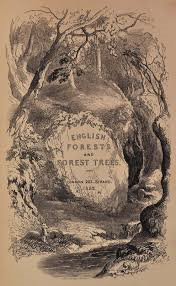 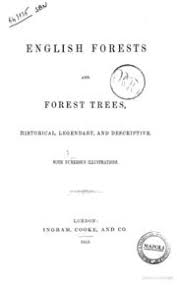 Source: English Forests and Forest Trees: Historical, Legendary, and Descriptive (London: Ingram, Cooke, and Company, 1853),
pp. 189-90.
The anonymous author of this account does not give it a title.
Katherine M. Briggs includes a version of this story in her A Dictionary of British Folk-Tales in the English Language, part A,
vol. 2 (London: Routledge and Kegan Paul, 1970), pp. 528-30.