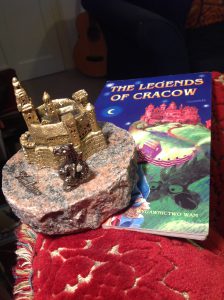 The Dragon of Krakow and the Clever Cobbler