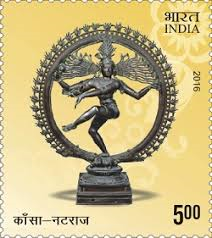 NOVEMBER 2017
Adventures in Storyland continue courtesy of Authors Abroad. Telling tales in International Schools in Bangalore, Mumbai and Hyderabad. Inadvertantly brought back a bullfrog in my suitcase from Myanmar in September. A cobra from India in November?
Here’s the first tale I’ll tell …

Untold Stories
A rich farmer kept a servant who worked for him in the fields. One day they went together to a distant village to visit the farmer’s son and his wife. On the way they stopped at a little hut by the roadside. After they had eaten their supper, the farmhand said, “Tell me a story.” But the farmer couldn’t be bothered and went to sleep. His servant lay awake. He knew that his master had four stories which he was too lazy to tell.

As the man slept, the four stories came out of his belly, sat on his body, and began to talk to each other. They were angry. “This selfish man,” they said, “knows us very well from childhood, but he will never tell anyone about us. Why should we go on living uselessly in his belly? Let’s kill him and go to live with someone else.” The farmhand pretended to be asleep, but he listened carefully to everything they said.

The first story said, “When the man reaches his son’s house and sits down to eat his supper, I’ll turn his first mouthful of food into sharp needles, and when he swallows them they’ll kill him.”

The second story said, “If he escapes that, I’ll become a great tree by the roadside. I’ll fall on him as he passes by and kill him that way.”

The third story said, ” If that doesn’t work, I’ll be a snake and run up his leg and bite him.”

The fourth story said, “If that doesn’t work, I’ll bring a great wave of water as he is crossing the river and wash him away.”

The next morning the man and his servant reached the son’s house. His son and daughter-in-law welcomed him and prepared food and set it before him. But as the farmer raised the first mouthful to his lips, his servant knocked it out of his hand, saying, “There’s an insect in the food.” When they looked, they saw that all the rice had turned into needles.

The next day the farmer and his servant set out on their return journey. There was a great tree leaning across the road, and the servant said, “Let’s run past the tree.” As they ran past it, the tree fell with a mighty crash and they just escaped. A little later, they saw a snake by the road, and the servant quickly killed it with a stick. After that they came to the river and as they were crossing, a great wave came rushing down, but the servant dragged his master to safety.

They sat down on the bank to rest, and the farmer said, “You have saved my life four times. You know something I don’t. How did you know that was going to happen?” The farmhand replied, “If I tell you I’ll turn to stone.” The farmer said, “How can a man turn to stone? Come on, tell me.” So the servant said, “Very well, I’ll tell you. But when I turn to stone your grandchild must crawl around me three times and I’ll become a man again.”

So the servant told his story and he was turned to stone, but the farmer left him there and went home. After some time, the daughter-in-law heard about it and she took her child and watched it crawl three times around the stone statue and the servant came to life again.

The servant did not return to his master. He became a storyteller touring around the villages, and this was the first story he told.

Based on a story in Folktales from India, edited by A M Ramanujan published by The Pantheon Fairy Tale and Folklore Library